Taking it back to the old school

Taking it back to the old school

It’s all about the music

Recording in digital marks a great leap forward, no doubt. The same band that might’ve invested $10,000 in an album a generation ago can buy a tricked-out Pro Tools rig and plug-in suite today, and record as many songs and albums as they want.

Digital has also proven a boon for studio owners, including yours truly. Many of us could never afford a Neve or API console or a 24-track Studer machine without a second mortgage. Now, we have an army of plug-ins — including those licensed by Neve, API and Studer — and far, far more than 24 tracks at our disposal.

But it’s true that the convenience and ease of digital have marginalized the best recording methods of the past half century, some to the point where they’re on the verge of disappearing.

We should cover up the bloody computer screen and spend more time listening.”

“One of the things I see more and more these days is that the recording process is done by looking at the computer screen as opposed to listening,” says Ken Scott, the legendary producer-engineer who has worked closely with The Beatles, David Bowie and Supertramp, to name just a few. “We should cover up the bloody computer screen and spend more time listening.”

So “listen” to these vintage recording techniques in your head as you read on. Try them out at home, or in a big studio, or the next time you see “the bloody computer screen.” A very special thanks to Scott, who provided valuable background for this piece.

1. Tune in to out-of-tune guitars

It’s never a bad idea to make sure instruments start out in the ballpark. But if you listen to Bob Dylan’s classic “Queen Jane Approximately,” guitar tuning wobbles all over the place—as in waaaaay all over the place. Now: Who’d dare fix that song today? Back in the day, tuning was done by ear to a piano, or with bulky strobe tuners weighing more than 30 pounds. If a band went from take-to-take or take-to-overdub without stopping to retune, this produced a chorus effect where guitar parts thickened the overall sound.

While working with Bowie, Scott developed a technique where a completed track was mixed in sections that shifted in sonic character. One way to think of this today is “splicing” pieces of two separate mixes. Or three. Or four. Try not to automate your every move; approach each mix change separately, and organically, to close in on that way-back feeling. 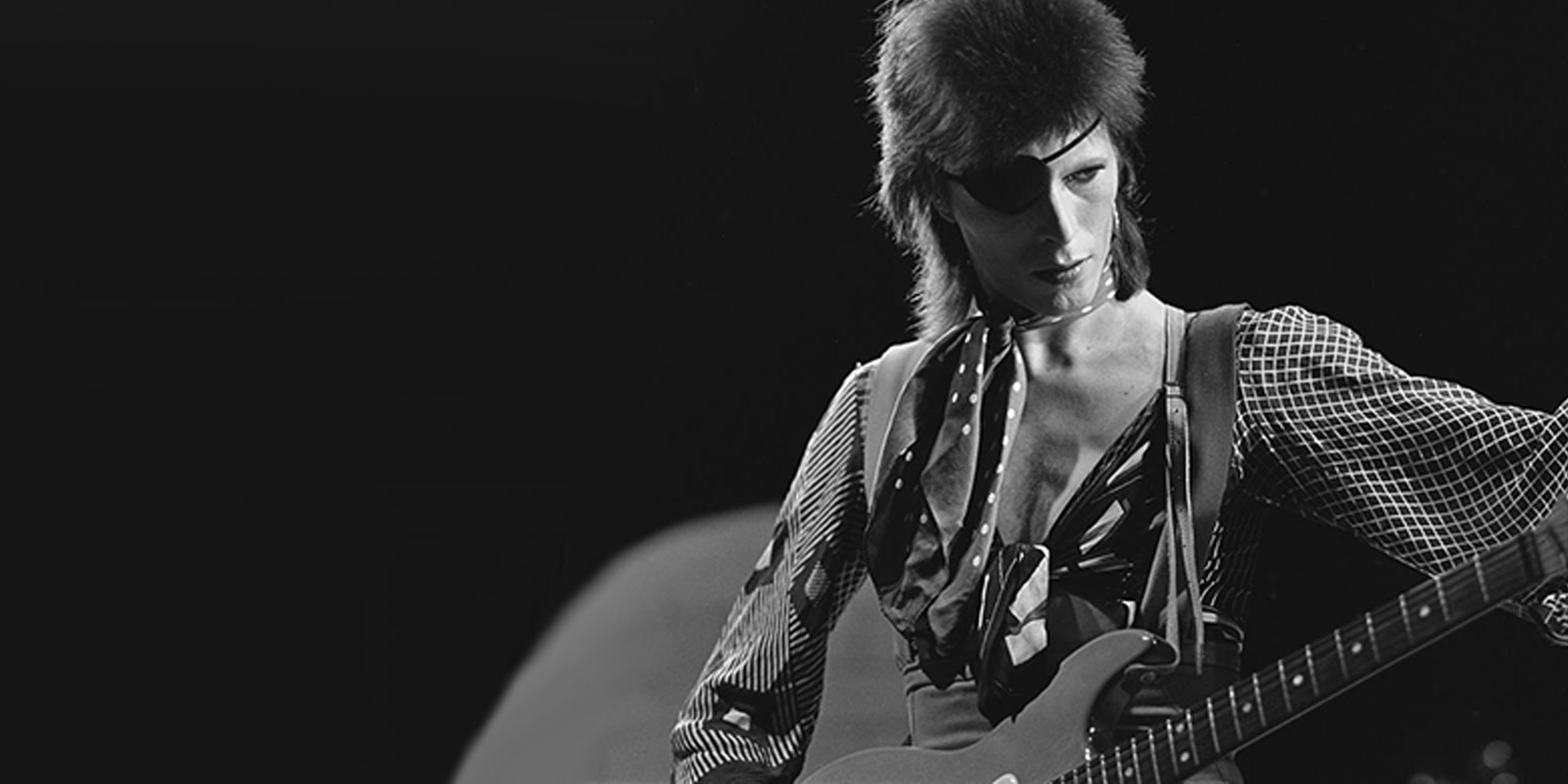 Many of Bowie’s sonic secrets went unrevealed and undocumented, but enough documentation exists to tell us how he conjured galactic magic through studio craft. How did he do it? Here’s a quick look.

3. Use Tape Speed for Octave and Key Changes

Scott says this technique is clearly heard on George Martin’s piano solo on “In My Life.” “He recorded a half-speed piano, where you set the tape to 7 1/2 inches per second, play the part slowly, and play the tape back at normal speed.” Not only do timing differences get ironed out: “When it plays back at the normal octave, it plays in a different timbre as well,” he says.

4. Mix at a Different Studio

Studio hopping was fairly common in late ’60s London. When you go to a new locale to mix and/or master, you get a fresh perspective. It’s especially wise to mix at a place that can upgrade your tracks with a leap in gear power. Be careful, though: Many a bonehead tries to fly a supersonic jet. Enlist a gifted engineer with fresh ears — one hearing the song for perhaps the first time.

Track isolation took off in the 1970s, but many sterile recordings resulted. An overall rounded tone results when drums bleed a touch into guitar mics, for example. As you prep a mix with bleed, examine all the instruments as a unit first. The late Doug Fieger of The Knack related to me in an interview that tasty bleed helped the band mix “My Sharona” in less than half an hour. And another factor for nailing that song was … 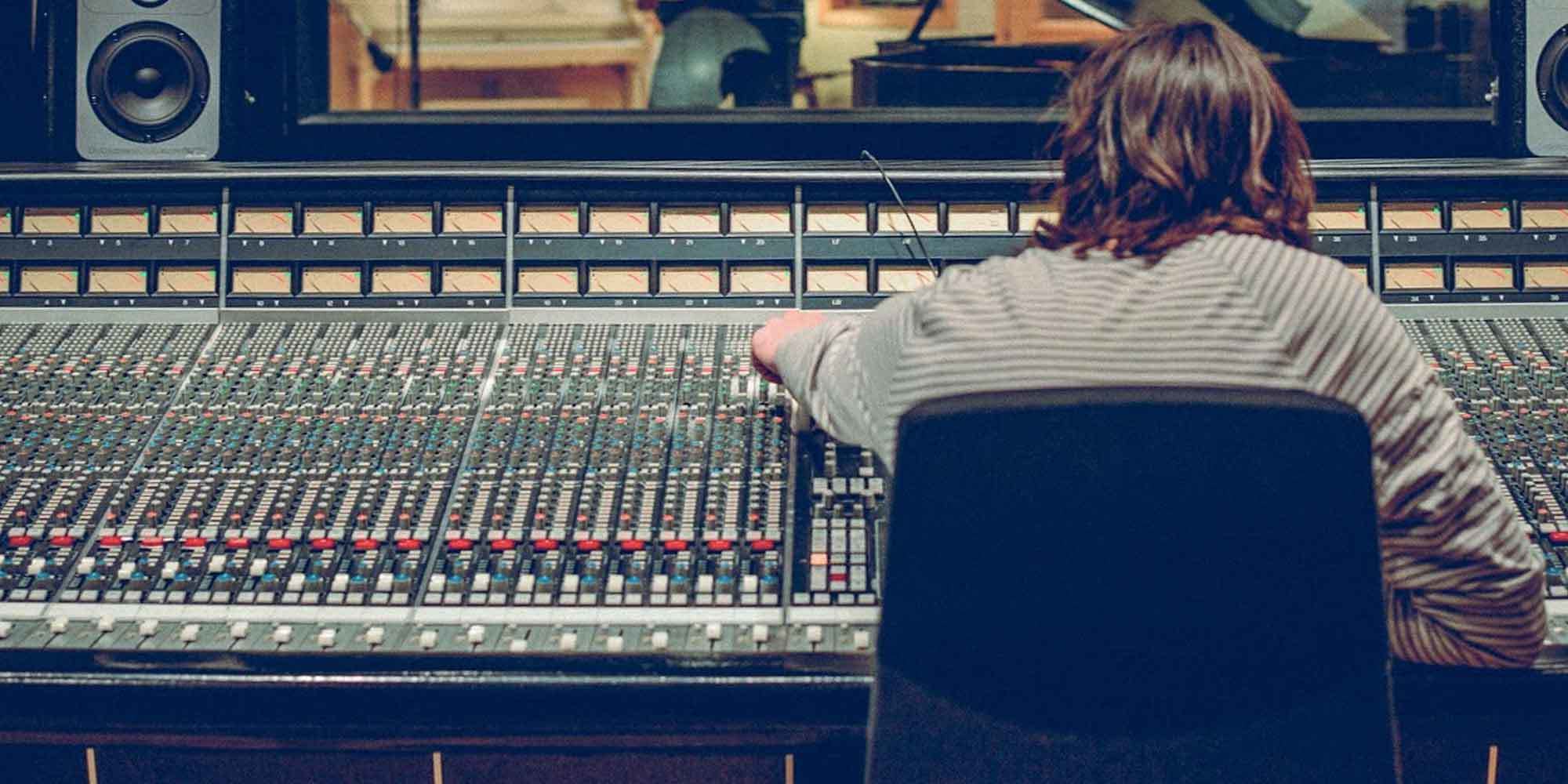 How’d They Get That Sound? Part III: More Famous Studio Tricks (That You Can Try)

It’s entirely possible that once you know how a legendary sound was achieved, you can go for it in your home studio. Will it sound exactly the same?

Too many “Frankensteined” recordings have enough airbrushing to suggest an army of engineer-surgeons. When a band comes to your studio, have the courage to send the troops home for more rehearsal. On their return, cut multiple takes instead of one that you’ll Pro Tool to death. As in days of old, the goal is to knit together an overall track that bristles with energy and even encourages you to leave in mistakes. What would “Louie Louie” be without the frustrated drummer dropping his drumstick, and the f-bomb, at the 54-second mark?

7. Make Your Own Sound Effects and Landscapes

For the Supertramp song ”School,” Scott made field recordings of kids playing outside. Approach soundscapes with an idea of what you hope to capture musically. Kids playing have their own rhythm and abstract melody.

8. The Room is Everything

There’s your Mystery Beatle, folks: the cutting room. Your “extra musician” could even be your living room if it’s ambient and makes the musicians feel great. A great recording rig, I would argue, comes second to a room that makes a performance pop and a band soar. Note that hardwood floors and high ceilings will add heft to your drums. 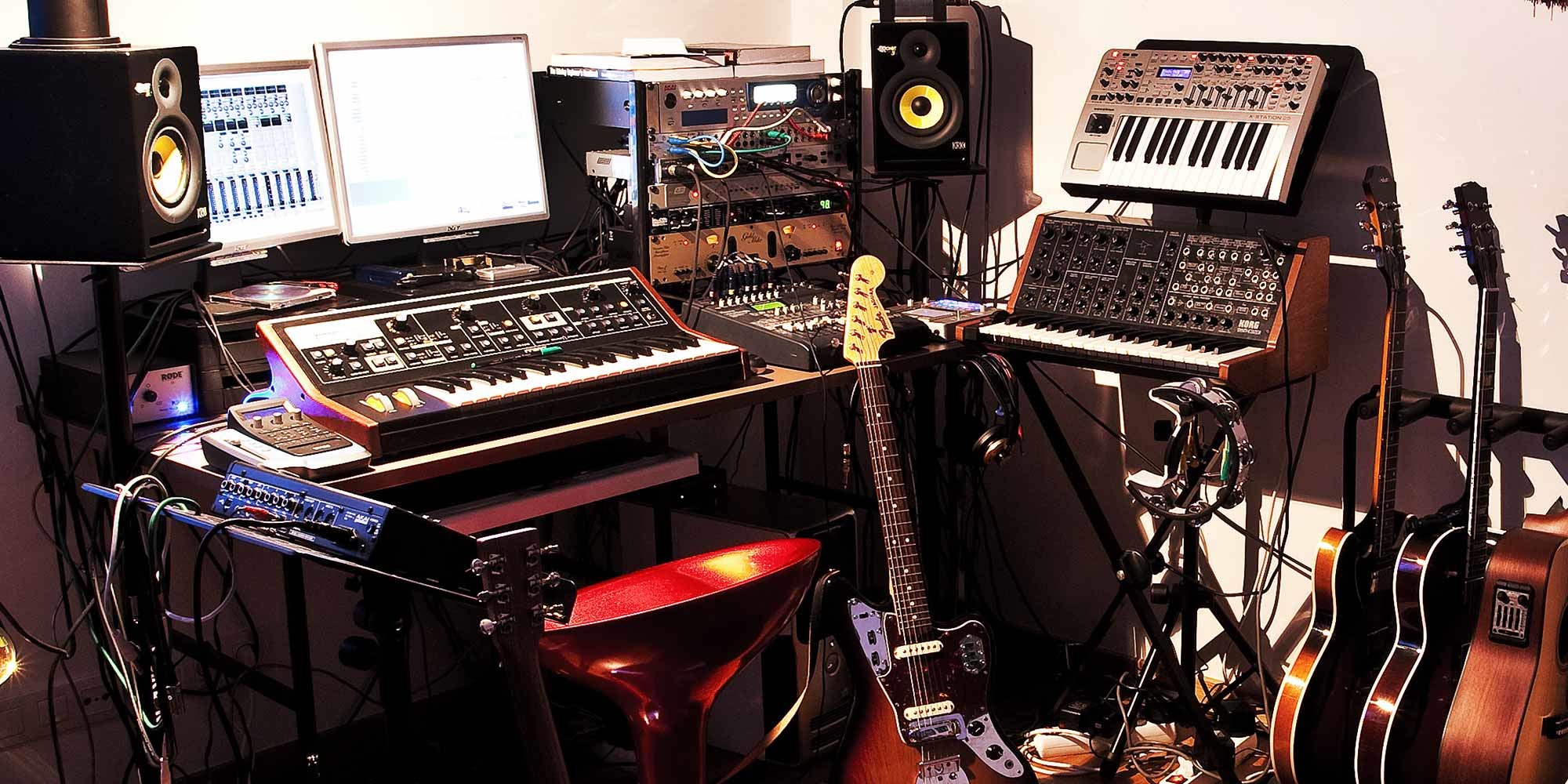 Next Step Home Studio Moves: 5 Ways to Improve Your Tracking and Mixing

A home studio is neither a part of the family home, nor is it a world-class studio, but you should never your location stop you from stretching out.

When four-track space was limited, engineers and producers made a “reduction mix,” where three filled tracks were bounced onto one, and sometimes bounced again when the two freed-up tracks were used. This forced resourceful decisions. In an age of unlimited tracks, there’s every temptation to think of recording without limits. But is that a good thing? To get extreme, would you rather record a guitar amp with one mic or 10? Think about how you can streamline, simplify and stimulate. Circling the band members around one mic worked for Bill Haley and the Comets, then decades later for the Cowboy Junkies.

10. Use a Sound’s Qualities Over Sound Quality

Many of today’s blues records, for example, “take advantage” of digital by making squeaky-clean products worthy of a yuppie barbecue. Listen to classic records with buried snare drums (Otis Redding), distorted horns (James Brown), and overall lower fidelity (’60s Motown all the way back to Django Reinhardt). That doesn’t mean to abandon clean recordings—just consider when a little bit of sonic sepia-tone can create a whole lotta character.

All music should touch your soul, your insides, and that’s what we’re not hearing today”

Make no mistake: High tech isn’t the end of historical recording techniques: It’s making creative history in its own right. But as we look ahead, it pays to look back and see what we’ve abandoned by the musical roadside.

“All music should touch your soul, your insides, and that’s what we’re not hearing today,” Scott says. “It should be loud and soft, and not all blasting your face. If it’s a little off pitch or out of time, then that moves you — as opposed to singers going into the studio and saying, ‘I’ll sing it once; you fix it with Auto-Tune and move it around so it’s in time.’”

In other words, a heart-rending studio vocal or performance — even with its blemishes — has a better shot at being timeless.

Playing til your fingers hurt

“I think music in itself is healing. It’s an explosive expression of humanity. It’s something we are all touched by. No matter what culture we’re from, everyone loves music.”